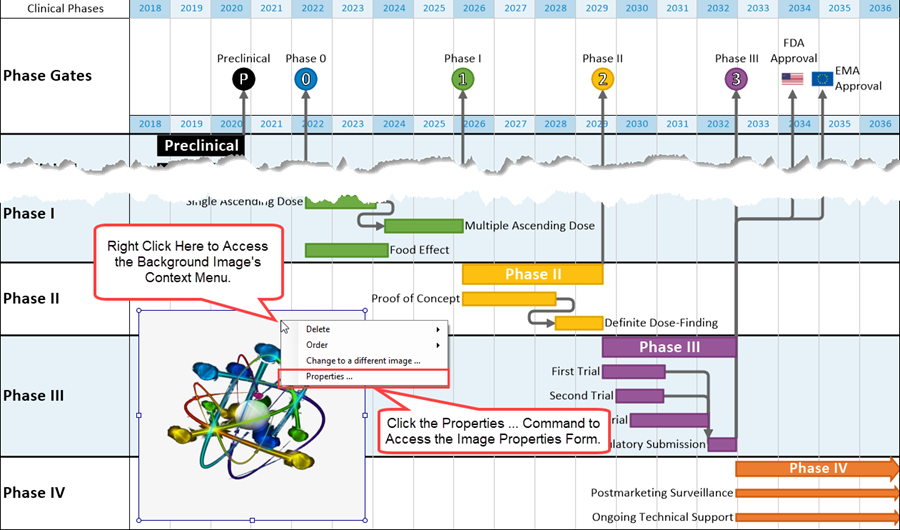 Then click the Properties … command to accesses the Image Properties form that lets you adjust transparency as shown below: 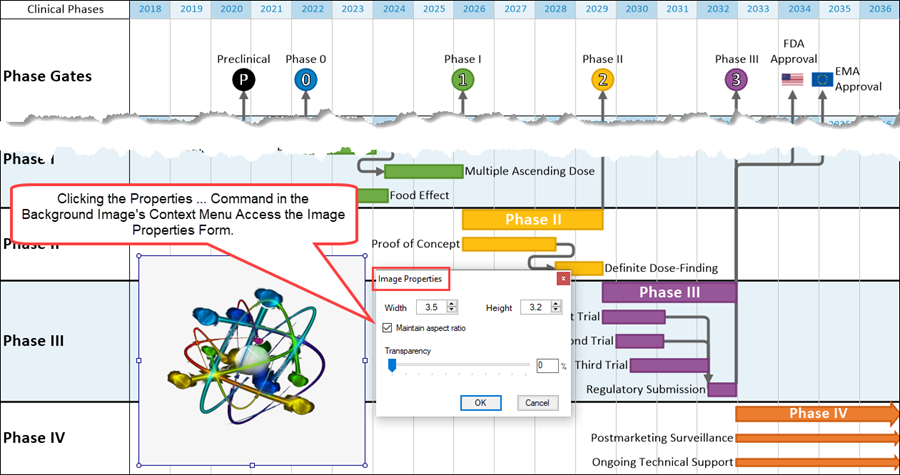 To increase the transparency, that is, to be able to see task bars/milestone symbols and other objects behind the image, slide the Transparency bar to the right:

When you are at the level of transparency you want, click the OK button on the Image Properties form and the background image looks like this:

When a background image is first inserted into the graph, the default transparency is zero (0%) percent or its maximum opacity. To decrease the transparency, that is, to be able to hide task bars/milestone symbols and other objects behind the background image, slide the Transparency bar to the left from the position the slide was previously located.

2) The Width and Height windows can also be accessed and their contents changed as an alternate method for changing the dimensions of the background image in the graph.