Moving and Resizing Images for Version 7.0

Moving and Resizing Background Images in the Graph

OnePager inserts a background image into the graph, in the middle of the graph as a convenient starting point. Once inserted, you can edit the background image as described in this article by moving it to various positions in the chart and by changing its size. 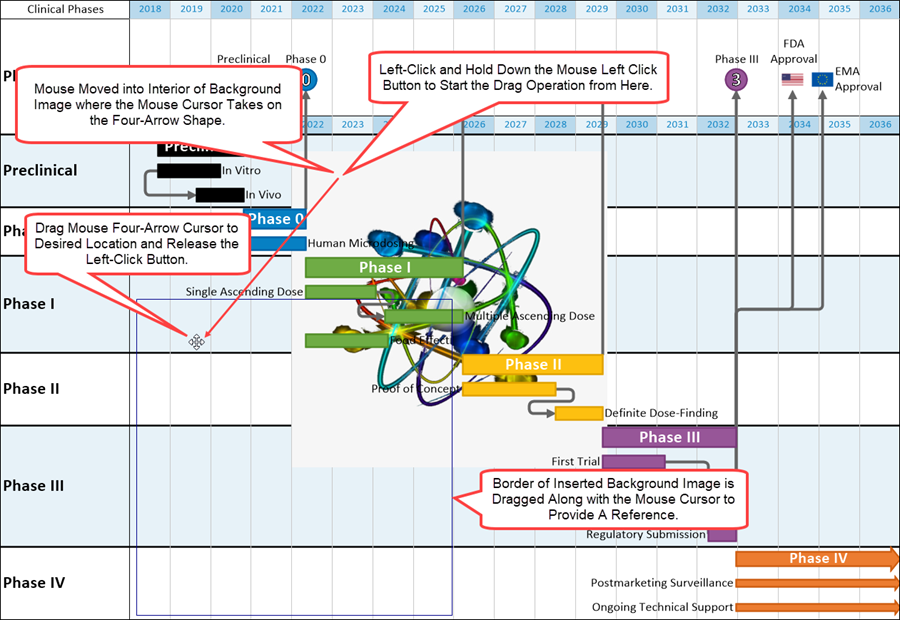 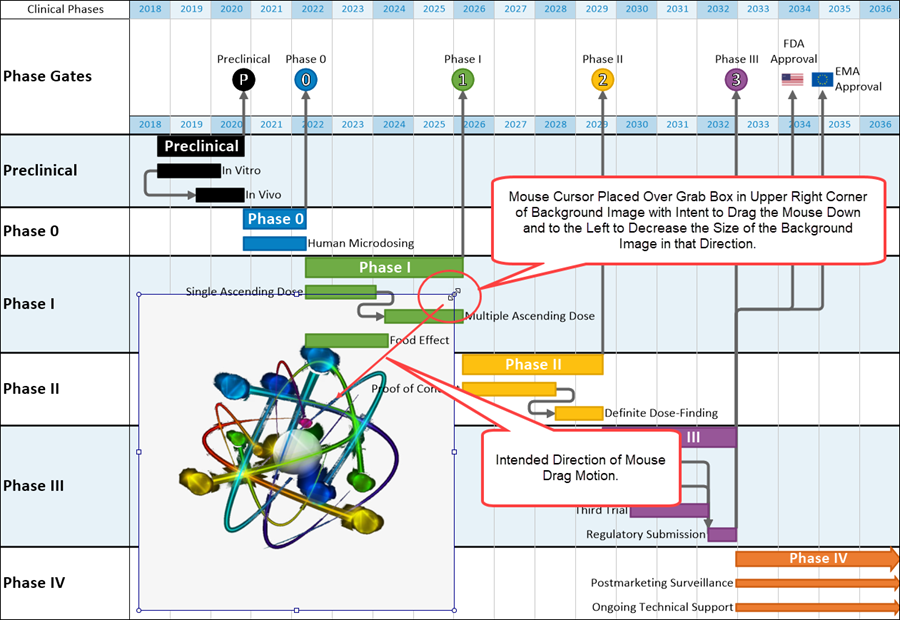 When the desired size is reached, release the mouse left-click button to finish the resizing operation as shown below: 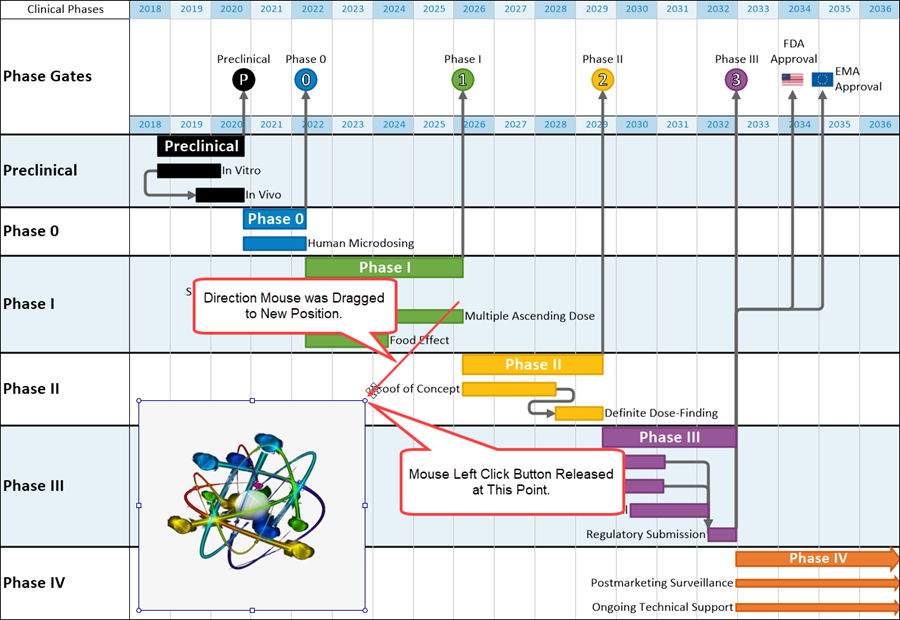 After the resizing operation is completed, the background image remains selected so that you have to option to do other edits as needed and as described in the articles at: